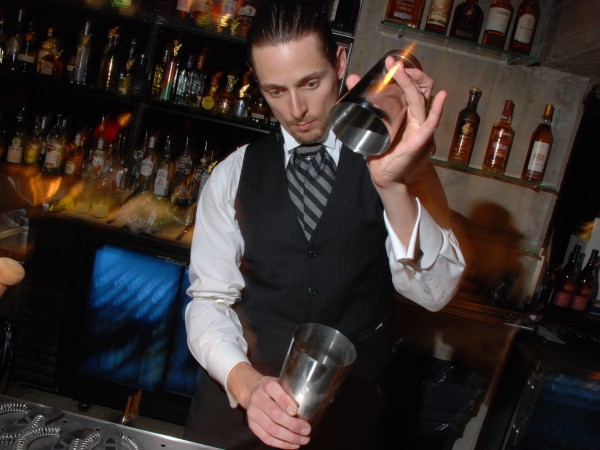 A THUMBS-UP FROM ERIC ALPERIN

I’ve managed to secure quotes from three people I greatly respect to endorse Home Bar Basics (and Not-So-Basics) for the back cover.

Eric Alperin is a well-known name to cocktail lovers from coast to coast. Alperin has tended bar in New York City at Milk & Honey and Little Branch. In Los Angeles, he created the drinks program for chef Mario Batali’s Osteria Mozza restaurant, and is perhaps best known for heading up The Varnish, LA’s premier speakeasy, recently named one of Esquire magazine’s best bars in the US. He’s also Vice President of the Southern California chapter of The United States Bartenders Guild.

Eric generously reviewed an early draft and offered detailed advice and suggestions down to the quarter-ounce. To have his stamp of approval on my book is all the assurance I need that I’ve done a good job! Quite the honor.

Of Home Bar Basics (and Not-So-Basics), Eric says, “Damn it! It’s about time we had some pocket-sized cocktail fun. Just the right amount of knowledge to be the life of any party.”