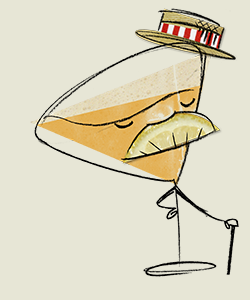 The Sidecar is an elegant, refined sip that recalls Paris in the 1920s, when Prohibition had forced America’s best bartenders overseas. Swap the brandy for tequila, lemon for lime, and you pretty much have a Margarita.

It’s traditional to moisten the glass rim with lemon and dip the rim in sugar – but certainly not necessary. I find the drink perfectly balanced on its own.

The Sidecar and the Margarita are where you’ll understand why a quality triple sec like Cointreau is worth every penny versus a cheaper variety that would overpower the drink with syrupy sweetness.

It’s said to be named for an American Army Captain stationed in Paris around the end of World War I who visited the Ritz Bar in a motorcycle sidecar – who knows, really? All you need to know about the Sidecar will be conveyed in your first sip: it’s a delicious classic worthy of its status.

If you choose to sugar the rim, sprinkle some sugar on a plate and moisten either the full rim or just half with your lemon wheel garnish and lightly press the glass rim into the sugar. Try to avoid getting sugar on the interior glass surface.

Shake well to blend and chill, then strain into the chilled glass. Garnish with a lemon wheel. 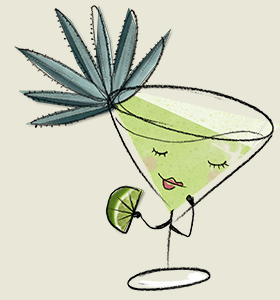 But there’s some strong evidence the cocktail originated in London, of all places – as the “Picador” cocktail, a spin on the classic 2:1:1 Sour template, in a variation known as a Daisy (just a Sour with a liqueur instead of simple syrup). Funny coincidence, “margarita” is Spanish for “daisy”.

You might have to hit five or six bars and restaurants to find one that isn’t made with that god-awful sour mix, even in recipes calling themselves “Cadillac.” How hard can it be to squeeze some fresh citrus, people? Sheesh.

Many people are surprised when I tell them a Margarita (done properly) is one of my favorite cocktails. Many people are also surprised when they taste a proper one for the first time – far different from the frozen, blended version that came out of Dallas in 1971 and came to be the standard for the next forty years. With the rise of fine tequilas since 2000 or so, many bartenders have come to embrace the perfect balance of a well-crafted Margarita, and an appreciation for this fragile and misunderstood spirit. An unusual minor tweak to the standard sour template is the addition of just a teaspoon of rich simple syrup – the drink simply is not the same without it. The syrup adds body and cuts through a strange bitterness that can sometimes linger between the tequila and Cointreau, bringing perfect balance.

Done like a Sidecar, this beauty needs no Slurpee, no salt. Some prefer this one on the rocks instead of served up; Either way works. Sabor es lo primero.

If you choose to salt the rim, sprinkle some kosher salt on a plate and moisten either the full rim or just half with your lime wheel garnish and lightly press the glass rim into the salt. Try to avoid getting salt on the interior glass surface.

Shake well to blend and chill, then strain into the chilled glass. (As an option, serve over ice cubes in an Old Fashioned glass.) Garnish with a lime wheel. 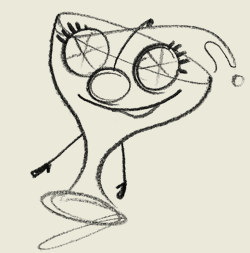 As Jerry Thomas captured a moment in time with his 1862 book “How to Mix Drinks (or The Bon Vivant’s Companion),” so did Hugo Ensslin with his “Recipes for Mixed Drinks” published in 1917 – the last cocktail guide available before Prohibition. Think of them as bookends when taken together. Ensslin was head bartender at the Wallick Hotel in New York City (since demolished, now the site of NASDAQ MarketSite). There, he created countless classics including his most famous, the Aviation. His book featured the products that were new and trendy at the time: Bacardi rum, grenadine, Cointreau, applejack… one has to wonder how much more the American craft of the cocktail would have flourished if it weren’t for Prohibition!

This drink’s name is a goof on Chauncey Olcott’s 1913 hit “My Wild Irish Rose” (he’s the same guy who co-wrote “When Irish Eyes Are Smiling”) and uses Irish whiskey as its base spirit. Ireland was the first country to make whiskey, possibly as early as the 1100s – that’s a long time to get it right. The famously smooth Irish whiskey was big-time popular in the US around the turn of the 20th century – to keep up with demand, there were hundreds of distilleries and over 400 brands produced in Ireland. Then came Prohibition, two World Wars, the Irish Civil War, and the Great Depression… leaving Ireland with only two operating distilleries. Today, there are still just four.

Try this one with Redbreast 12 – a pot-still Irish whiskey reminiscent of the style popular when Ensslin wrote his book. And, of course, ridiculously-easy, no-excuse-not-to, homemade grenadine. Sláinte!

Shake well to blend and chill, then strain into the chilled glass. Garnish with a lime wheel and maraschino cherry.