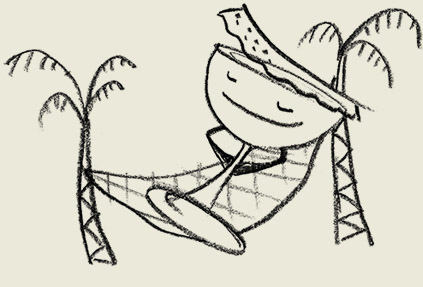 There’s not much to say about the Palmetto. Except to say it’s delicious and mysteriously absent from most cocktail menus. If you ask for one from a bartender who returns a blank stare, just say “it’s a rum Manhattan” and their eyes will light up.

It’s possible this drink goes back to the 1870s vermouth craze in New York City, but the first documented recipe I’ve found is in Jacques Straub’s 1914 pocket-book Drinks. Straub was the son of a Swiss distiller, and worked as a wine steward at Louisville’s famed Pendennis Club before relocating to Chicago’s Blackstone Hotel. But, as David Wondrich notes in his foreword to the book, Straub was a tee-totaler. No wine, no booze. So what we have in Straub is a simple curator, a collector and distributor of data. His catalog of recipes must’ve been cribbed from the various bartenders he knew in Kentucky and Illinois – and for the most part, those recipes are still solid 100 years later.

Having said that, an adjustment to his spec of equal parts rum and Italian vermouth (1.5 oz each) to a 2:1 ratio prevents this from veering off balance. After all, the rum brings its own sweetness to the party – vermouth can take a small step back.

In the book, Straub calls for St. Croix rum; Cruzan Aged Dark Rum would be the closest widely-available version. But a tour of the Caribbean suggests even better options: try Appleton Estate V/X from Jamaica, El Dorado 8 from Guyana, or the fantastic Mount Gay Black Barrel from Barbados, which brings delicious cinnamon and vanilla notes to the drink.

Add a mix of ice cubes and cracked ice to cover well above the liquid level. Stir well to blend and chill, then double-strain (to catch small bits of ice) into the prepared, chilled glass. Pinch an orange twist over the drink to express oils onto its surface, then lightly brush the twist around the glass exterior. Garnish with the twist. 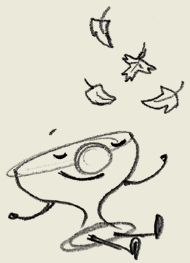 Here’s a fun little drink that sits between worlds: sort of a sour, sort of a tiki drink, and none of the above. Good aged rum with lime and spiced syrups plus a dose of bitters sounds straight out of Don the Beachcomber or Trader Vic’s, but this is from San Francisco’s Bourbon & Branch, a password-protected speakeasy deep in the grubby Tenderloin. These secret-entry bars are sometimes more show than substance – startup spots trying to capture some of the magic of places like Bourbon & Branch, Please Don’t Tell, or Noble Experiment – but when done right, the barrier to entry serves a good purpose. In the neighborhood full of bums surrounding Bourbon & Branch, the tiny, 24-at-a-time, subterranean room of PDT, or the weekend AXE-effect shitshow in San Diego’s Gaslamp around Noble Experiment, a speakeasy makes good sense. It controls the experience, adds drama, and cuts down on the riff-raff.

With a perfect balance of spirit, sour, sweet, and spicy, the Rum Crawl is a sure-hit crowd-pleaser, especially for those who may not care for more spirit-forward cocktails. It’s also an opportunity to use more of that homemade Falernum – its holiday spices of ginger, clove, and allspice plus the fragrant cinnamon and Angostura bark in the Fee Brother’s once-a-year bottling of Whiskey-Barrel Aged Bitters are a perfect match for fall and winter entertaining.

Chill a cocktail glass or coupe in the freezer at least ten minutes. In a shaker about a third-full with ice cubes, add:

Shake well to blend and chill, then strain into the chilled glass. Pinch an orange twist over the drink to express oils onto its surface, then rub the twist around the glass rim to coat. Garnish with the twist laid across the surface of the drink.