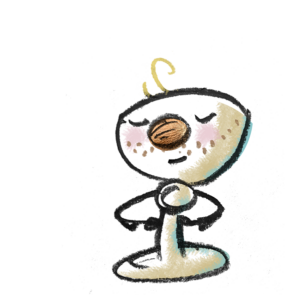 Here comes dessert! The family of Nogs traces its lineage back to medieval Europe, where warm milk was mixed with eggs, sack (a forerunner of modern sherry), bread scraps, and highly-prized elite spices like cinnamon and nutmeg in a drink called “posset” that formed a liquid part for drinking and a curdled, pudding-like part for eating. For hundreds of years, warm or cold egg and cream drinks spiced and spiked with wine, sherry, or beer were common. As the drink style migrated to Colonial America, distilled spirits like rum, then whiskey and brandy, became the norm. George Washington liked his Egg Nogs with a combination of rye whiskey, rum, and sherry — truly democratic! During the 19th century, stiffer drinks prevailed — so much so that when New York bartender Troy Alexander created his signature gin-based drink in honor of advertising model Phoebe Snow (who promoted the “clean-burning” coal used by the Delaware, Lackawanna, and Western Railroad), it was rejected by gender-fearing macho critics as only fit for women and children. As if men don’t like dessert, too! Mid-century America, however, had no problem with comfort foods and sweetness — enthusiastically offering up pastel-tinted hits like the Grasshopper, Pink Squirrel, and Golden Cadillac. The Nog family quietly endures the march of time and culinary trends, most recently finding curious bartenders in Portland asking questions like “what happens if you put an egg in a Negroni?” Happiness, that’s what.