Shaking a drink adds dilution, drops the drink temperature a bit below stirring, and creates an aerated texture. A general rule of thumb if unsure: drinks containing citrus, cream, or egg get shaken. These instructions assume you’re using a two-piece mixing tin set — if not, just follow along and add ice to your shaker last.

2 Measure all ingredients into the smaller “cheater” tin. If the recipe calls for egg, crack the egg into a separate container first to inspect for any bits of eggshell.

4 Shake briskly for 10 seconds, then separate the tins by squeezing or smacking the Boston tin at the point where the two meet. The mixed drink and ice should all be in the Boston tin side of things.

5 Add any lengtheners called for to the tin (like seltzer or soda), then strain into your glass, using a Hawthorne strainer (or double strain by pairing with a fine-mesh strainer, if the drink contains anything chunky). 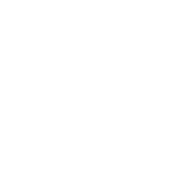 The elegant five-and-a-half ounce coupe has made a welcome return as the standard for craft drinks served up, replacing the V-shaped, so-called “Martini” glasses of the ’90s that grew to ridiculous proportions, slopping their drinks over the side the whole time.

This drink is served without ice in the glass; use ice if directed in the technique. 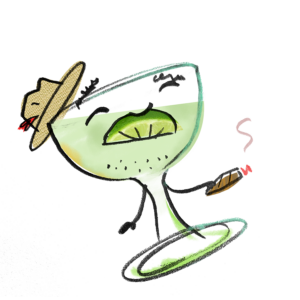 The Daiquiri was standardized by Jennings Cox, an American mining engineer working in Santiago, Cuba around 1896. But mixing rum with citrus and sugar was nothing new to the Caribbean, nor to Colonial Americans who hovered around the communal punch bowl, nor to British sailors who were issued daily rations of rum, limes, sugar, and water as “grog” as far back as 1740. But where those naval grogs were primarily thin via dilution with ample water, the sour style went straight to the point with a little single-serving flavor bomb. In its beginning, a Sour was any spirit with lemon and sugar — and not overwhelmingly tart, as the name might suggest. Cocktail historian David Wondrich has uncovered an 1856 menu from Mart Ackermann’s Saloon in Toronto, Canada, that lists a Gin Sour and a Brandy Sour. In his pioneering 1862 book, How to Mix Drinks, or the Bon Vivant’s Companion, Jerry Thomas includes the Gin Sour and Brandy Sour as members of a family of drinks, along with their antecedents: punches, crustas, and daisies. A recipe for a Rum Sour appears in the 1895 cocktail book The Mixicologist. Shaking the old rum, lime, and sugar formula with ice may have been the official crowning of the Daiquiri as we know it, sometime in the late 19th century. Eventually, the drink fell into popular misuse as an overly-sweet frozen slushy and shorthand (at least in New Orleans) for a stomach-churning array of unrelated frozen drinks with grain alcohol and artificial flavors. Cocktail enthusiasts have come to appreciate it as a bit of a “secret shopper” test that determines a bartender’s skills and knowledge. When it’s done properly, with fresh limes and their fragrant oil, there’s simply nothing like a Daiquiri.