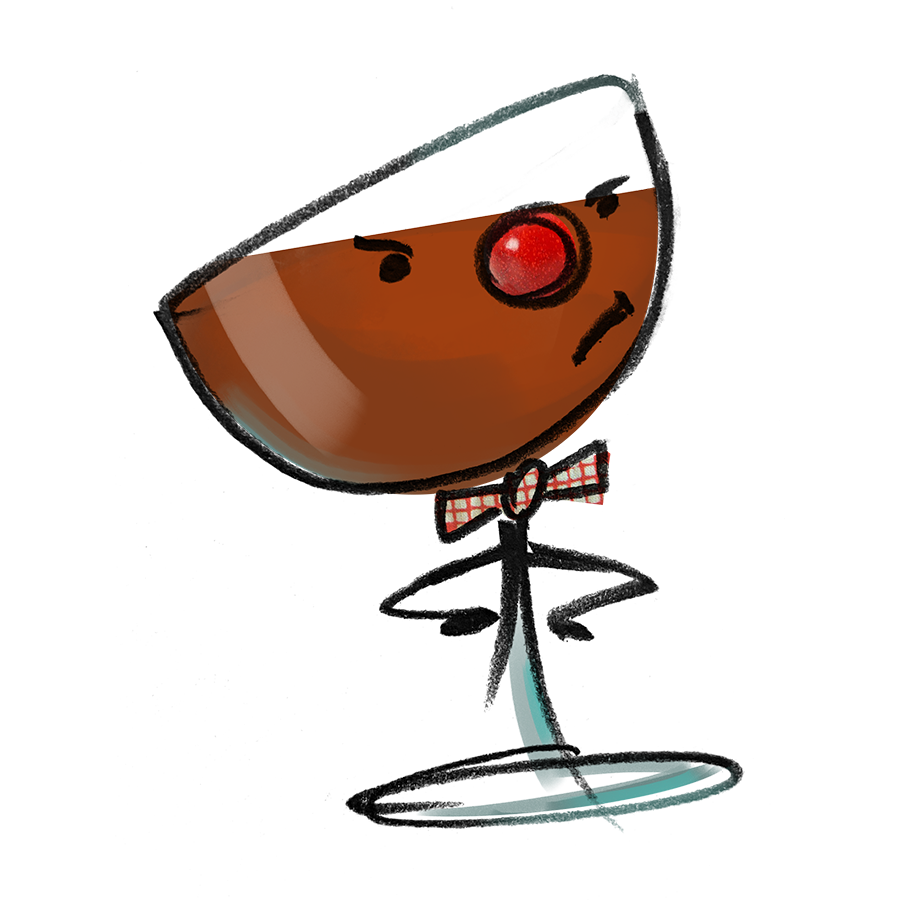 Vermouth arrived in New York City in the 1840s and ’50s with a wave of European immigrants, and by the 1870s it was the hot ingredient in cocktails. Taking the idea of the “improved” cocktail (spirit with sugar, bitters, and a touch of something extra — usually maraschino, absinthe, or curaçao), savvy bartenders nixed the sugar and “something extra” in favor of vermouth, the new darling. Vermouth is simply wine that’s been fortified (spiked) with grappa or a neutral spirit, sweetened to various extents, and aromatized with a mix of botanical ingredients like wormwood, cinchona, gentian, cinnamon, citrus peel, lavender, saffron, vanilla, or dozens of others. There’s your “something extra” in one easy bottle! As the world underwent rapid change around the turn of the 20th century, these pioneering vermouth cocktails evolved to suit changing tastes. As mid-century approached, the Manhattan dodged a bullet somehow and retained its dignity when compared to other more abused recipes (e.g. Old Fashioned & Martini)… although the late 20th century’s lack of interest in rye whiskey left bartenders no choice but to make this with the less-effective, softer bourbon. Thankfully, rye has rebounded in a big way and craft bartenders have fallen in love with the Manhattan’s template, rising to the challenge of its deceptively simple structure. A properly made Manhattan is truly a thing of beauty, capturing balance, excitement, and depth in four quick sips while priming your appetite for the evening ahead.