This method assembles the finished drink right in the glass. Dilution in built drinks evolves, becoming a journey: the first boozy sip gradually softens to a whisper as you enjoy it.

2 If the recipe calls for expressed citrus oil, squeeze a twist to express oil directly into the glass. Reserve the twist for garnishing, if specified.

3 Add ingredients to the glass, then carefully lower the ice in, using a barspoon for support if needed.

4 With the barspoon, stir the drink for 20 to 30 seconds, with the back of the barspoon in contact with the interior wall of the glass. Ensure any dense ingredients on the bottom are well integrated.

5 Give the citrus twist a final spritz over the surface of the drink and then (if specified as a garnish) slip into the glass, hugging the interior wall. Otherwise, garnish as specified. 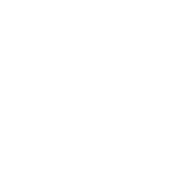 Eight- to 10-ounce rocks glasses should have a hefty bottom to help insulate the drink.

is used in Slings like the Old Fashioned and Negroni: spirit-forward slow-sippers that benefit from gradual dilution. Form rock ice using a directional-freezing icemaker or hand carve it down from a block to fit snugly in your Rocks glass without extending too far beyond the height of the rim. It should make good contact with the bottom of the glass to help conduct cold. 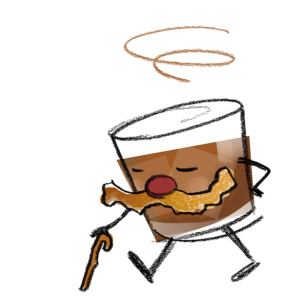 The Old Fashioned is essentially the original cocktail. While the practice of mixing various ingredients with beverage alcohol goes back thousands of years, the specific inclusion of bitters is what makes this drink a “cocktail,” as far the historical usage of the term goes. To make bitters, dried roots, barks, spices, citrus peel, edible flowers, and other botanicals are given a bath in high-proof spirit to extract their essential compounds, an old folk-medicine practice. The first known bitters were patented in London in 1712 as a cure-all tonic to help settle the stomach or to mix with wine or brandy as a hangover cure. Around 1750, people started adding a bit of sugar and water to their concoctions to make the flavor more palatable. Calling this a mix a “cocktail” first saw print mention in 1806, when it had transitioned from the medicine cabinet to become a recreational delight. As the century marched on, an array of new drinks emerged with unique names, so people then came to specify this one as the “Old-Fashioned Cocktail.” The Pendennis Club in Louisville, Kentucky, standardized the name and recipe as a bourbon drink — but perhaps more than any other drink recipe, this one is adaptable to just about any spirit you care to try. During Prohibition’s restricted access to “the good stuff” and as palates changed, people started to add muddled oranges, cherries, and other “garbage” to make the drink work for them. A drowning in seltzer was the final disgrace. And that way became the standard until the next turn of the century, when bartenders returned to the original 19th-century formula of spirit, sugar, water (as ice), and bitters — with a little spray of citrus oil that perfectly unifies the caramel and vanilla of the whiskey with the earthy baking spices of the bitters. What’s old is new again.