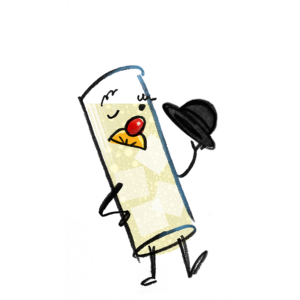 The Collins, as a style, is essentially a sour served tall with a little dilution by way of seltzer. Take away the ice and now you’re looking at a fizz. Add a spice element, lengthen the dilution, and you’d have a punch. Sours are modular in this way. The history of the Tom Collins is a little hard to pin down — there are stories of a bar prank (“hey, Tom Collins was just in here talking shit about you — he just left for the bar up the street”), hazy evidence linking it to a bartender named Collins… but the obvious answer to at least part of the name is its use of Old Tom gin. Old Tom was the gin style in the 19th century, coming into being after the Dutch spirit genever (commonly referred to as “Holland gin” in old recipe books, but not really a gin) and before the London Dry style that took hold around 1900. It’s a lightly-sweetened gin with less emphasis on juniper than London Dry, more emphasis on the other botanicals — citrusy and floral. Recently-revived modern interpretations of Old Tom gin skew closer to the London Dry style than may be historically accurate. If you’re curious, try a barrel-aged version like Ransom Old Tom for a glimpse of what the original may have tasted like. The Tom Collins is fantastic on a warm afternoon, but I’ve also found that with the addition of strawberries, it also makes an embarrassingly fantastic frozen drink.